In order to get a rough idea about the producton year of your Hofner 500/1 there is a possibility to find out, when the electric hardware was produced. Often enough this was about the same time - or only some weeks earlier than the luthiers job!

Notice: this works only for the models until ~1972, where the old Preh potentiometers with the brown paper-based plastic bottom were used!

These potentiometers had stamped numbers on the board as you see in the pictures below. Often these pots were replaced when they began to scratch the sound and as already mentioned: in the early seventies a different type of potentiometer with full metal housing was used!

First of all: unscrew the two slotted lens head screws of the control panel and lift the panel out to have a look on its bottom... 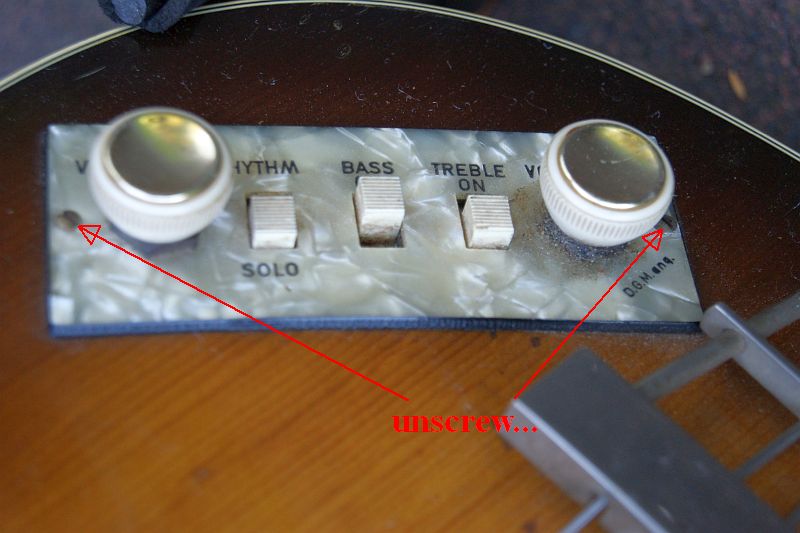 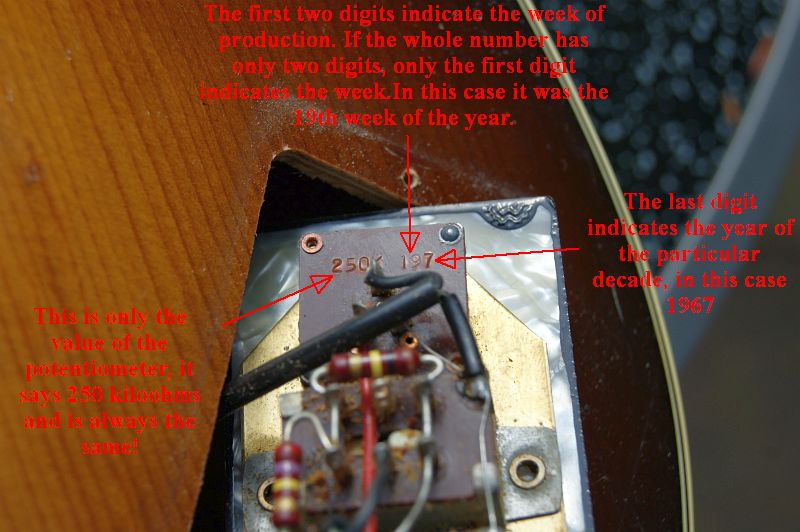 Note: The "7" in this example can neither mean 1957, since the 500/1 looked totally different in these days (e.G. round control panel & other pickups), nor can it mean 1977 were these potentiometers already had been abandoned!